Rosacea is a skin disorder that primarily affects the face. The condition is characterized by redness and sometimes pimples. The condition may cause inflammation and skin sores that look like acne.


In general, rosacea starts by a reddening of the skin. Erythema is the scientific term for the non-pathological redness of the skin. You are most likely to experience this disorder on the central face, across the cheeks, nose and forehead.


Those are the body parts, on which, the redness is most likely to break out. Other body parts that occasionally get affected include the neck, chest, ears and scalp.

This condition affects all races. But it occurs more frequently among people of a Northwestern European descent. Toddlers and children can be affected; however, it is more prevalent in people aged between 30 and 50.


Men and women are affected differently. Women are three times more likely to get affected than men. Even though, men are less frequently affected, the severity of the infection is more intense in men than in women.


Several types of the infection exist. You may be infected by a single variant or you may concurrently be infected by more than one. The four main types are erythematotelangiectatic, papulopustular, phymatous and ocular. Other less common variants include: conglobata, fulminans and phymatous.


The erythematotelangiectatic variant is characterized by redness, accompanied by a tendency to flush and blush. Infected people tend to have sensitive, dry skin. As a result, the blood vessels near the surface of the skin are likely to become widened.


Rosacea
View more presentations or Upload your own.

The phenomenon whereby blood vessels near the surface of the skin dilate or widen is called telangiectasias. The phenomenon is also called angioectasias or spider veins.


Papulopustular is a variant characterized by redness and red bumps called papules. Some papules are filled with pus and look yellowish. These are called pustules. They often resemble acne.


Phymatous variant is characterized by the thickening of the skin and irregular surface nodularities. The affected area may become flaky, displaying dilated blood vessels near the surface of the skin.


Phymatous is most closely associated with rhinophyma. Rhinophyma is the enlargement of the nose. This variant can also affect the eyelids (blepharophyma), chin (gnathophyma), forehead (metophyma) and ears (otophyma). 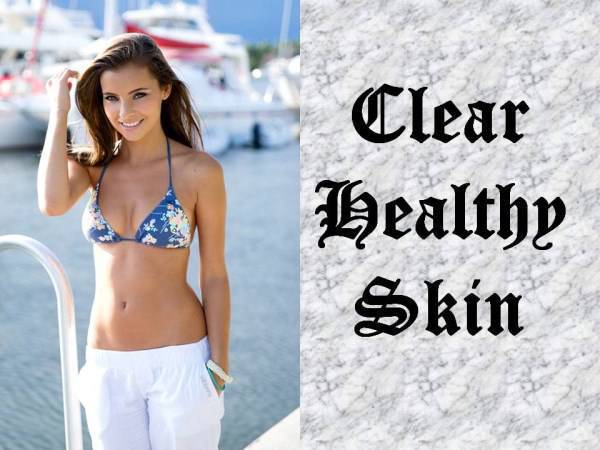 How to Get Rid of Rosacea

The ocular variant affects the eyes, causing blurry vision and in extreme cases, temporary blindness. The general symptoms present during the ocular variant include redness, dryness, gritty eyes and eyelids. Cysts may also form around the eyelids and they may water frequently.


Symptoms and Diagnosis of Rosacea


You can diagnose yourself by simple visual examination. This can be easily done with the help of a mirror. An accurate diagnosis necessitates the knowledge of the symptoms.


The general symptoms include:

-Redness of the face,

-Formation of red bumps (papules) and sores that look like acne,

-The sores may form crusts or they may ooze,

-Burning or stinging feeling on the face,


See a medical professional, if you have trouble diagnosing yourself. Sometimes the condition resembles acne. This would make it difficult to reach an accurate diagnosis. In such as case, you definitely want to see a medical doctor.


The cause of rosacea is currently unknown.


Some scientists postulate that high levels of the peptide, cathelicidin and the enzyme, stratum corneum tryptic may be the cause of the condition.


Other studies have established a causal relationship between intestinal flora and facial redness. Separate studies have shown that the levels of demodex mites in the bloodstream increases in patients. While the relationship may not be causal, it is definitely associational.


The first step in treating any disorder consists of identifying the triggers. Then eliminate the triggers. For example, if you have been eating spicy foods or drinking alcohol, you should consider changing your eating or drinking habits.

The Cure of Rosacea

The second stage of your treatment will either consist of medication or topical agents.


The medication for rosacea consists of pharmaceutical drugs such as tetracycline, minocycline or doxycycline. These drugs are mainly antibiotic.


Revitol rosacea cream is a top of the line topical agent. The revitol cream is highly acclaimed for its effectiveness and safety. It has absolutely no side-effects because it is composed of natural ingredients.


The revitol cream contains anti-inflammatory agents that eliminate the redness, swelling and inflammation caused by the infection. In addition, the natural bacteria fighting ingredients in revitol kills the bacteria on the surface of your skin.

Furthermore, the collagen boosting ingredients in revitol soothe and nourish your skin; thus accelerating recovery. Order the advanced revitol formula now and get a rapid relief from rosacea.